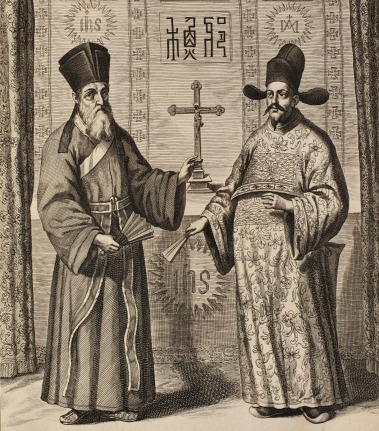 The Vatican on Friday received a request to beatify an Italian Jesuit priest favoured by Pope Francis whose attempts to evangelise China in the 16th century were thwarted by the Church.

“The papers for the beatification process for father Matteo Ricci have been received by the Congregation for the Causes of Saints,” said Claudio Giuliodori from the Macerata diocesis in southern Italy, where the Jesuit was born in 1552.

Ricci, who died in Beijing in 1610, has been held up several times by the Jesuit pontiff as an exemplary evangelist.

“We must always ask forgiveness and look with shame upon the apostolic failures brought about by a lack of courage. I am thinking, for example, of the pioneering intuitions of Matteo Ricci which, at the time, were abandoned,” Francis said in a speech in November.

2010 was the 400th. anniversary of the death of Padre Matteo Ricci. He was born in Macerata in 1552, and died in Beijing in 1610. Padre Ricci was a Jesuit missionary, but also a man of science, letters, astronomy, mathematics and diplomacy. He acted as a bridge between the cultures of Europe and China. Among the Chinese he is better known than Marco Polo, they have a great respect for his memory, considering him to be a man of dialogue between east and west. A man who was given privileges normally reserved for high ranking Chinese. He was introduced to the Forbidden City to the court of the Ming dynasty becoming an advisor to the Emperor. The 400th. anniversary of his death was celebrated with big fairs in Beijing, Shanghai, Nanking and Macao. In China Ricci is considered to be a kind of Leonardo da Vinci – a genius, they called Xi Tai (grand master of the west) or Li Madou. END_OF_DOCUMENT_TOKEN_TO_BE_REPLACED