We first visited the cactus garden next to the archaeological ruins. On display were different varieties of cactus of different sizes, many of them either in flower or about to flower. 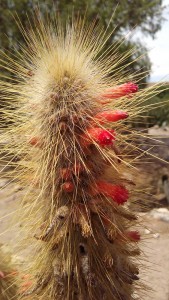 Spikey cactus about to flower 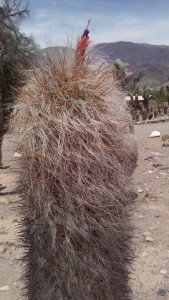 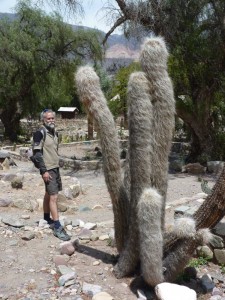 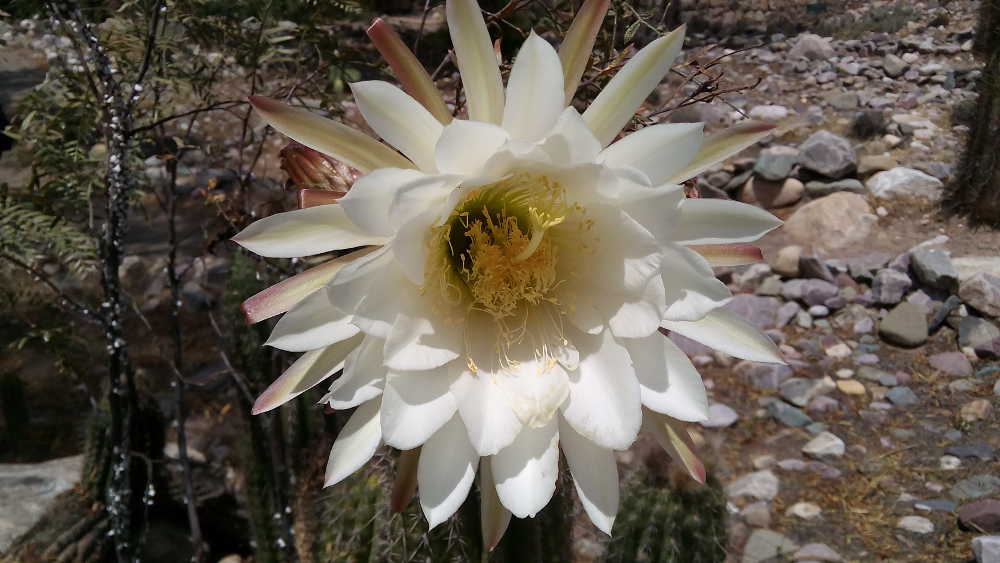 It is thought the Pukara de Tilcara has been inhabited since about 1200 AD. The Pukara is a fortress and the groups inhabiting it were known as Tilcaras. The Tilcaras were part of a political confederation called Omaguaca constituted by the inhabitants of the Quebrada. Inca domination started in about 1500 AD, which was when the Pukara reached its maximum size of about 18 hectares. It may have become one of the most important political centres in the region and may have served as a provincial capital during the Inca period. The area was abandoned at the end of the 1600s, when, after decades of resistance, the Spanish subdued the native Indian populace. 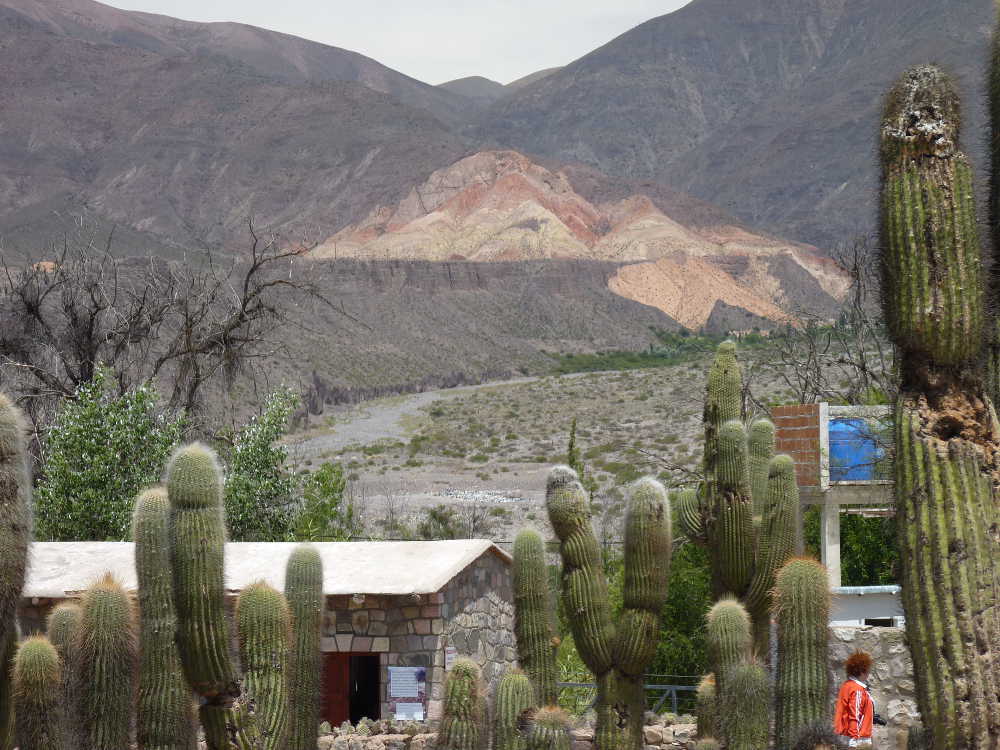 The view of the Quebrada from the cactus garden

The top of the Pukara reaches a height of 2500m above sea level and has visibility in every direction of the valley. Unfortunately a half-pyramid was constructed at the top to commemorate the two archaeologists, who ‘discovered’ the ruins. This construction and the road made to reach it destroyed much of the ruins. 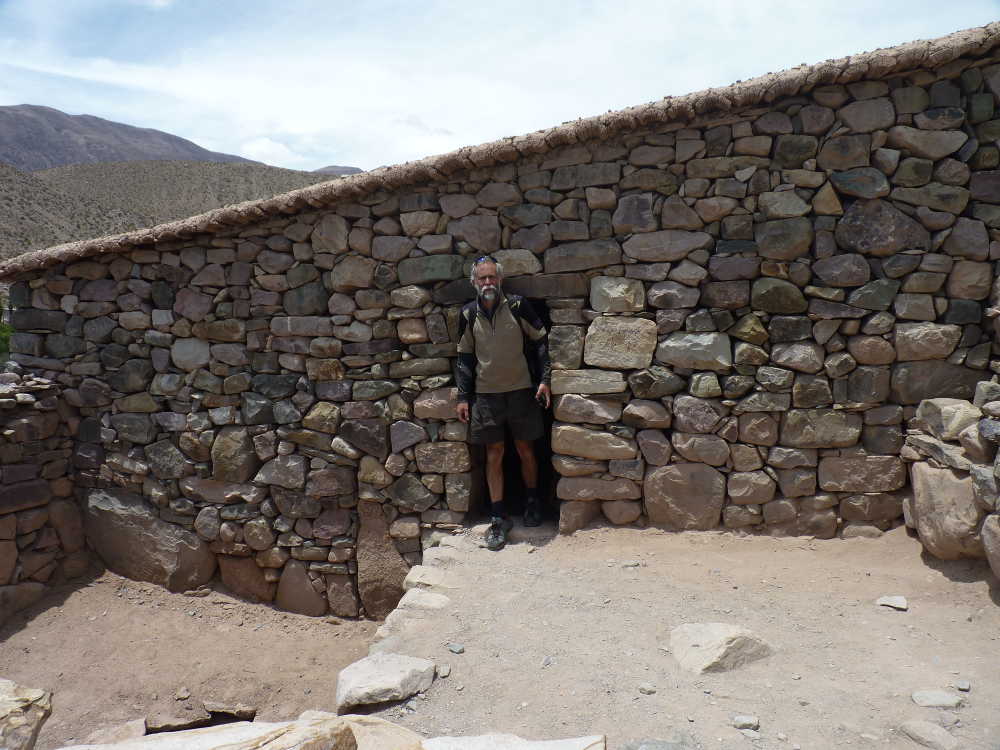 Some of the buildings have been reconstructed. The houses being rebuilt on top of the original foundations. 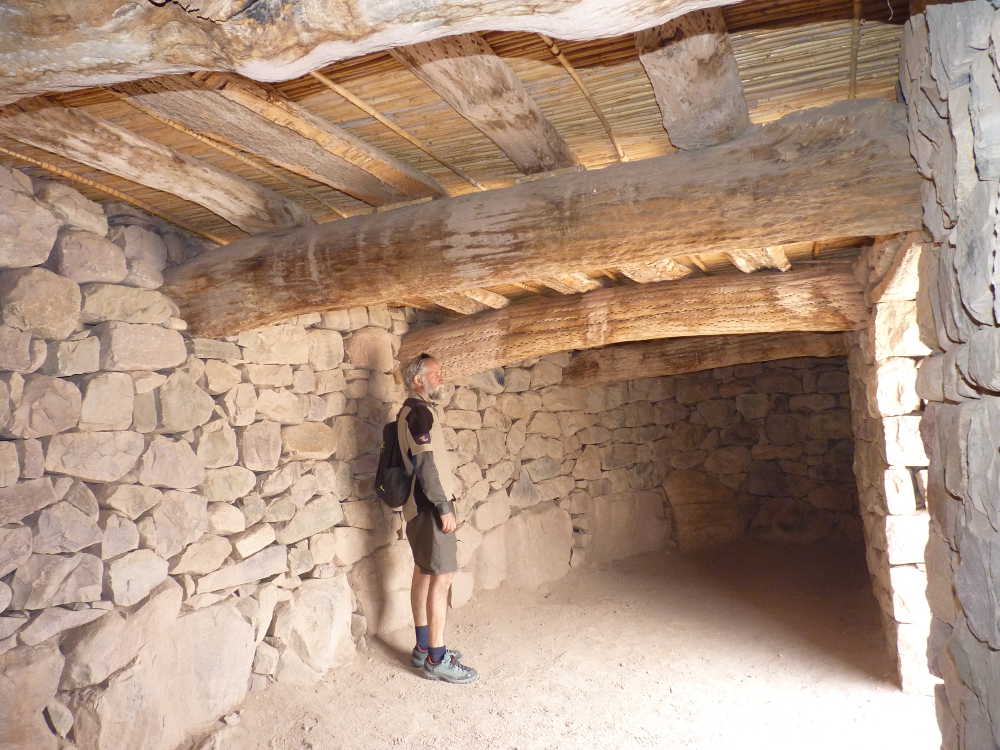 Inside the house was small and rather draughty as there were gaps between the stones. 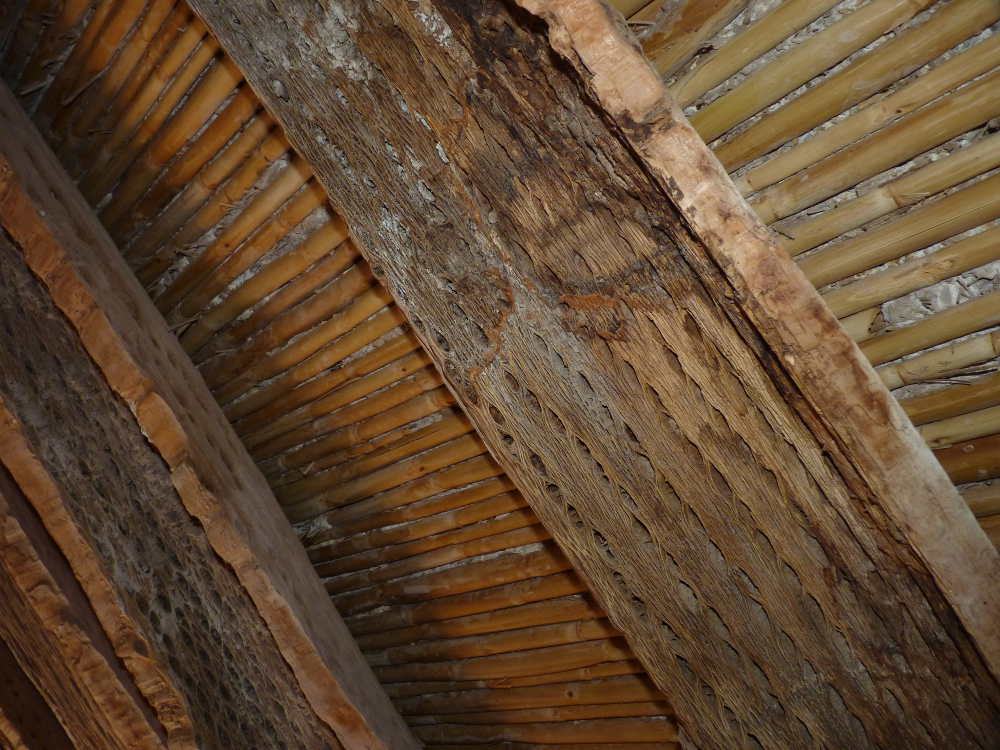 The ceiling of the house

The ceiling was constructed using dried cordon for the beams and bamboo for the cover. Bamboo is still used a lot today for loggias. 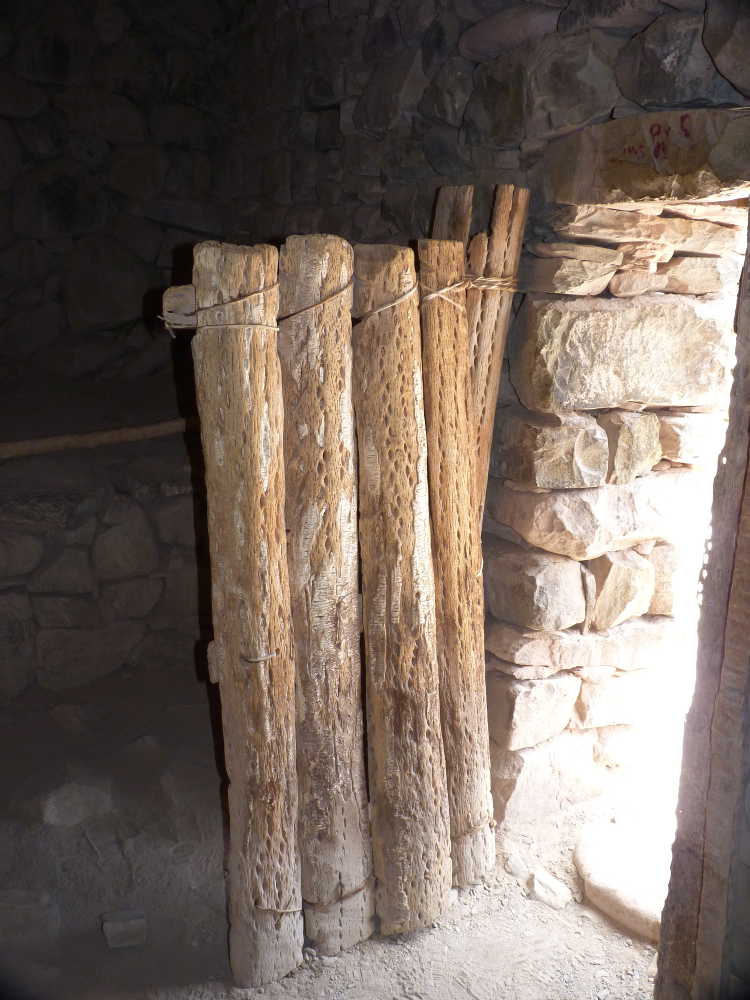 Door made of cardon

The door was made of dried cardon.